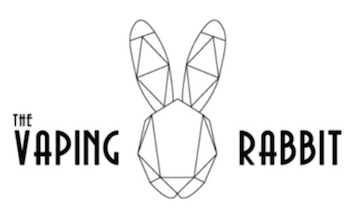 The Vaping Rabbit is a boutique small-batch e-liquid company found in the wondrous rabbit hole of Los Angeles. Started in 2006 as a fusion between two businesses owned by proprietor Barbara Villegas, one being a hookah bar and the other an ice cream shop, The Vaping Rabbit has grown into a company which prides itself as one of the more high-end top shelf producers of the vaping world, something you can tell just by looking at the bottle.

Their juices, made from all-natural ingredients, are comprised of 99% vegetable glycerin and utilize a very unique method of flavor production referred to as “steam distillation”.

By boiling the organic fruit/spices/herbs collected from gardens basking in the southern California sunlight, and then collecting the flavor via the produced steam, the artisan crafters are able to add flavorings to their juice through natural aromatic methods allowing the high VG content to hold flavor comparable to a higher PG content e-liquid. The liquid is then aged in the bottle before being released for sale, allowing for these impeccable e-juices to be enjoyed exactly as creator Barbara intended.

The Vaping Rabbit is made in small batches here in Los Angeles California. From start to finish, everything is hand crafted to perfection. They mix, steep, label, and bottle every single bottle that leaves their lab.
All liquids from The Vaping Rabbit are mixed at a ratio of 99% VG!
×
×